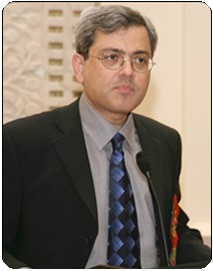 AS a former chairman of the Pakistan Association of Automotive Parts and Accessories Manufacturers (PAAPAM), I feel greatly saddened to see the damage caused to the local industry by the influx of five-year-old used cars into Pakistan. During the last six months almost 25,000 used vehicles have been imported, amounting to 25 per cent of the total market demand for automobiles in the country and causing an annual loss of sales revenue worth Rs20 billion to the parts-manufacturing industry.

Most of these 1000cc or higher vehicles such as Vitz, Corolla, Belta, Premio, Axio, Mira, Probox, Land Cruiser and Pajero are being sold in the price range of Rs1.1 million to Rs3.5 million. These vehicles, which are being purchased by elites, are being imported at the cost of the local automobile industry.

The livelihood of these workers is being sacrificed by the government to appease the used-car lobby and elite segment of society.

Domestic parts’ manufacturers have now started to feel the pinch as the demand for many locally produced models has slowed down, as the market size is 30 per cent lower than the peak level of 2007 during which 200,000 vehicles were produced. It is the primary responsibility of the government to protect the working class employed in the domestic industry. Therefore, the allowable age for import of used vehicles must be reverted from five years to three years before an irreparable damage is caused to the local parts’ manufacturing industry.

During last several years the government seems to remain undecided whether to support or allow importing used trucks and buses. They wish to generate more employment for the people and to save foreign exchange but they have not been able to give incentive and measures for promoting commercial sector of Auto Industry.

During the last decade the import of buses called Green Buses, Urban transport Scheme (UTS), Daewoo City Bus, Sweden Bus Company, and Karachi Public Transport Scheme in different name the import. Were made by changing only names and the country did not utilize local capacity and resources.

Huge fund was drained out in importing these commercial vehicles and unfortunately the result was bad experience, May such vehicles were off road for want of spares and other necessary parts.

We have never learnt from past. Now once again our respectable authorities are planning to import buses and Trucks in to the country ignoring existing domestic capacity.

They never care about how much investment has been made in local industry neither they take the opportunity nor they want to create employment of local peoples.

If we are serious to control and support local industry then we will have to prohibit all imports.
Local manufacturer do not only have capacity and ability to produce but are competitive in meeting market demand.
Just a view of graph for last 15 years production data is an ample testimony to prove local plants has capacity during 2007-2008 when local production was 4993 Trucks and 1762 Buses were produced in 2004-2005.

If government policy is induced to support local manufacturers then they can produce more than above figures and they may create new market for export to Afghanistan and others neighbor countries.

We hope our government should look into the strength of auto industry and promulgate a healthy policy, incentives, protection of against unlawful import of vehicles to generate more employment, revenue and contribution to the economy.

Whether the decision to Import Used cars is favorable or not for Pakistan.

The automobile industry in Pakistan came into being with the establishment of a public limited company called National Motors Limited (NML) in 1950. Currently, the automobile industry in Pakistan has three major car manufacturers/assemblers. Pak Suzuki Motors formed in 1983, Indus Motors Company in 1990 and other one is Honda Atlas Limited (HACPL) 1998. 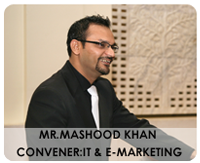 Engineering Development Board is a most important organ of the Government of Pakistan which is handling different sectors of economy with regard to it development and growth. Indigenization of parts remained the main policy of Government of Pakistan for the development of Auto Industry .Indigenisation of production was based on two different types of deletion plans – the Industry Specific Deletion Plan (ISDP) and Product Specific Deletion Plan (PSDP). The assemblers were supposed to set annual targets for each assembled vehicle under these deletion plans and the Engineering Development Board would conduct annual audits to assess the achievements of assemblers under these deletion plans.
Pakistan has phased out the two deletion programs in the auto sector over a period in July 2006, and replaced them with a tariff-based system that favors localization and is compliant with the Trade Related Investment Measures (TRIMs) and various World Trade Organization (WTO) agreements.
AIDP is the main 5 years plan and reflect the policy of Government that will last until 2012, during which the government is determined to provide an environment that can enable the sector to develop capacity for high value addition in its products. The AIDP mentions several challenges that the auto industry has to address during this period.
Auto Assemblers and Auto Parts manufacturers have invested billions of rupees in auto sector and provided employment to thousands of peoples to save foreign exchange.
After all constructive steps the Government of Pakistan has taken a step against the Industry by allowing Import of used cars nullifying aims and objects of AIDP.
Accordingly to a rough estimate 5,000/cars have been booked by importers after the Government decision. If the average price per vehicle is Rs.800, 000.00 than a total of US$ 46,511,627.00 in foreign exchange will drain out of Pakistan.
The Government needs to seriously rethink and decide who is a common individual – one who wants to buy a car or the one who is engaged in auto industry and hardly surviving and supporting the family with the inflation rising to all time high levels in Pakistan.
The local Tractor is Industry indigenization is above 95% and price of local tractors making it cheapest in the world. Also for Motorcycle Industry indigenization is above 90% and prices are nominal. But if we will see Cars indigenization is below 70%, thus leading to higher prices. If the Government takes serious action about this car industry Indigenization, new technology will enter in our market providing employment opportunities to common people.
Auto Car industry is also an important source of revenue to the Government of Pakistan and contributes approx. Rs.63 billion annually through taxes. If above mentioned suggestions are considered than a lot more than Rs. 63 billion revenue will generated through Auto Industry.
Who will answer the questions that decision to import used car is favorable to Pakistan or detrimental.
Is the GOP making a sustained policy of development and maintains continuity in its AIDP which is favorable to the growth of Pakistan or doing otherwise.
Is it going to encourage the investment and employment in Auto industry in Pakistan or will lead ultimately to disinvest.

On world population ranking Indonesia is number sixth and the largest Muslim country by population. Fuel is sold for Indonesian IDR. 9000 and Diesel IDR. 8500 per liter. Minimum wages IDR. 800,000 Currency Rate is PKR 1 is equal to Indonesia IDR.100.

Indus Motor Company gave us opportunity to learn about Indonesian Automobile Industry. Thanks to IMC for organizing wonderful education trip for vendors.

We had a profound opportunity to visit a few Auto Companies in Indonesia, seeing and learning from their practices.

Much of learning emanated from systems being applied to every factory, we visited in Indonesia. Following systems were studied.

According to the latest statistics of the Indonesian Automotive Industry Association, car sales, which along with motorcycle sales are an indicator of consumption in Southeast Asia’s largest economy, rose by 27.55% to 535,263 units during January to June 2012 period from the same period in 2011.

Johnny Darmawan, president director of Toyota Astra Motor said “With strong investor confidence in Indonesia right now, the industry looks set to continue booming,” Toyota Astra Motor still led the market with sales topping 202,519 units, up by 33% YoY, mainly driven by sales of its multi purpose vehicle Avanza, which totaled 136,694 units, up by 25.4% YoY. Toyota’s dominance is seen in almost all categories, such as sedans and sports utility vehicles, with sales reaching 9,075 units (57.4%) and 28,635 units (44%) respectively.

“It is easier to have business permits now in Indonesia, compared to other big markets such as India and China,” she said. “But Indonesia has to make sure now that the country can maintain a conducive environment. The government should not only ensure that the investors come here, but also stay for the long haul.”

This is the message for our government to think, what they doing here, they are not protecting our OEM and vendor industry who worked since 1986 & Indonesian Govt. is planning to invite new investor protecting existing investor.

If the government will support our industry, we will make then Hi Tech parts and export to international market and will contribute significantly to Revenues for Ex-chequer in Pakistan.

During our first visit of Metindo Erasakti plant, we had learning on the following;

At Sugity Creatives we witnessed the presentation on the following:

All our visits performed as scheduled to TB Ina, TMMIN, IGP, AII and AHI were so useful and meaningful to acquire learning’s in practice that I cannot imagine to achieve these from any other way. Focusing on different type of Boards, highlighting different colors indicating stock level, 5-s activities all these constitute most of our learnings.

Based on Japanese investment, Companies invested in machinery, technology, training and Hi Tec parts producing. They are producing for local OEM and aftermarket for international like Africa & Europe. They are working in almost 20 hours in a day. They are utilizing full capacity in plant.

This is motivation for our vendors industry to enter in International market for export. One of my friend said “ Duniya Meri Mundi” and that is true if we will create new market beneficial for us and our country.

Astra Daihatsu Motor came in second place, with sales reaching 80,956 units, up by 24.64% YoY on the back of its MPV Xenia and the Gran Max, which totaled 36,852 units and 25,877 units respectively & others market share distribute for Mitsubishi, Suzuki, Nissan, Honda and Isuzu. I think the booming of that industry for one of the resign is Bank Indonesia has maintained its key rate at 6.75 percent over the past four months, helping to keep car loan interest rates down & country policy.

Aviliani Malik, an economist at the National Economic Committee, said that demand for cars was high in the world’s fourth-most populous nation 237,641,326, but the government still needed to lock in these investments.